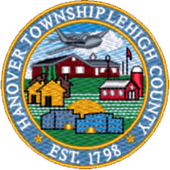 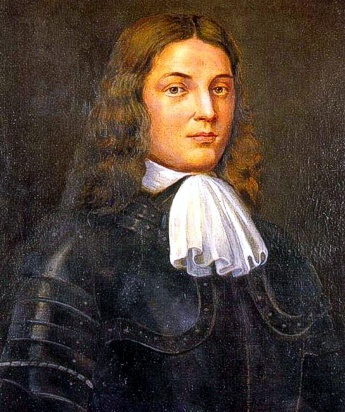 Hanover Township was formed from the southern portion of Allen Township by decree of the Bucks County Court in 1798. Its geographic limits at that time included the present area plus that which comprises Hanover Township, Northampton County, and the area immediately south of the current Township to the Lehigh River. This original territory was retained until 1812 when Lehigh County was established and the Township was divided; approximately two-thirds of its area went to Lehigh County and one-third remained in Northampton County.

With the exception of an annexation by the Borough of Catasauqua in 1895, the Township's political boundaries did not change until early in the 20th century. At that time, growth of the major cities began to extend into the surrounding townships. Allentown and Bethlehem grew toward one another until their borders met. This, of course, occurred at the expense of Hanover Township; through annexation it was reduced in size to about one-third of its original area. Additional annexations produced further loss of territory (i.e., in 1982, the Township shrank by 2.3 acres in the northwest corner with respect to land annexed to Catasauqua in connection with the Strawberry Hill Development).

Hanover Township was settled later than most of the other townships of the region during the 18th century because approximately 23,000 acres contained within its area belonged in the "Manor of Fermor" which was privately owned by the Penn family (Sir William Penn pictured above) and not officially open to settlement. In 1795, the proprietaries brought ejectment suits against the squatters to the U.S. Circuit Court at Philadelphia. Settlement of the suits was made out of Court and the land was sold to the settlers at a cost of $1.75 per acre. The land was re-surveyed and then divided into 196 tracts. Another reason why the township was not extensively developed immediately was the popular misconception that its soils were not good because of an inadequate water supply. In fact, during the mid-1700's the area between the Lehigh River and Schoenersville was referred to as the "Barrens" or "Drylands". The Borough of Catasauqua derived its name from the Native American word for "dry ground". This misconception prevailed until the 19th century when the soils were discovered to be quite fertile. Agriculture then developed as a major industry in the Township.

Nain, the earliest village established, was located about one mile east of Rittersville and two miles northwest of Bethlehem. It was originally intended to serve as a living place for Native Americans who were converted to Christianity. However, the village was removed in 1763 because of antagonisms and conflict between the settlers and Native Americans. 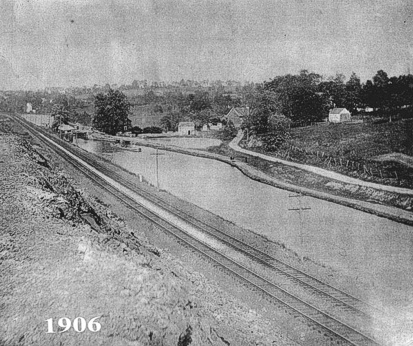 Schoenersville and Rittersville developed along early roads serving the region. Schoenersville was located at the intersection of two roads connecting Allentown and Bethlehem. Typically, each village was named after an early settler who was proprietor of a roadside tavern strategically located to serve travelers. In each case, a number of families decided to live in proximity to one another; a general store was established along with a blacksmith shop and post office, and a village was formed. Basically, however, the early roads were the primary factors influencing development.

East Allentown was founded on the east side of the Lehigh River at the east end of a bridge crossing the river. Its initial establishment also began with a roadside tavern. With the coming of the canal in 1829 and a railroad in 1855, East Allentown, along with Rittersville and the entire area along the Lehigh River between Allentown and Bethlehem, began to develop.

The combination of road, railroad, and canal spurred development of both residential and industrial land uses between Allentown and Bethlehem. Early in its history, terminal facilities were erected in East Allentown. Later, grist mills, lumber mills, lime kilns, and brick refractories were also constructed. The beginning of the industrial revolution in the late 19th century saw the development of an industrial concentration in and around Rittersville. Industries involved in the manufacture of machinery, textiles, apparel, and carriages all located in the vicinity. This urban oriented development set the stage for the annexation into Allentown and Bethlehem. Between 1910 and 1930, the entire area between the two cities, including the villages of East Allentown and Rittersville, was annexed. The remainder of the Township continued as it had been since settlement began, predominantly open and agricultural. 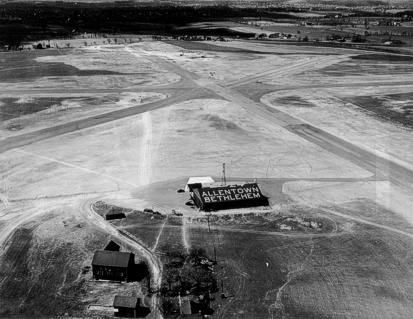 In 1929, the Allentown Chamber of Commerce purchased land in the center of the Township for construction of an airport. Subsequently, in 1937, the City of Bethlehem and later Easton joined in developing the airport. Today, the airport is controlled by the Lehigh-Northampton Airport Authority.

Geography and roads have played key roles in the Township land development patterns. In the 1950’s, the new Route 22, a major east-west inter-regional highway, was constructed. Its effect was to split the southern portion of the Township (one-third) from the airport dominated northern portion (two-thirds). The road stimulated development of new roadway oriented commercial and industrial uses in the proximity of its interchange on Airport Road. In addition to the influence of the airport and the road system on land development, purchase of large tracts of land on all sides of the airport by Bethlehem Steel and Lehigh Valley Industrial Park preempted a large portion of the Township for industrial development.

On November 15, 1961, the Hanover Township Planning and Zoning Commission was formed by the Township Board of Supervisors, the three elected officials who performed both administrative and legislative functions for the Township. Realizing that new industries, a concentration of regional transportation facilities, and an upward growth trend were beginning to exert profound development pressures on the Township, the Planning Commission immediately began to study various means available for carrying out a planning program to assure orderly future growth. The Township’s first Comprehensive Plan was developed and completed in May, 1964. The Plan was updated in April, 1974 to reflect influences on the Township which had either taken place or became more definitive since the preparation of the original Plan. The Update also included new concepts and more specific goals and objectives. Once again, in April, 1995, the Township Governing Body adopted an Update to the Comprehensive Plan reflecting the Township’s current status and providing a new vision for the future, building upon experiences of the past.

The proposed Amendment focuses on those changes which include, in part, the following issues

The Township’s position as an employment and commercial center for the Lehigh Valley has been reinforced over the last two decades. Lehigh Valley Industrial Parks II and III have been developed. Major retailing operations and numerous commercial uses have located in the Township.

With respect to the Township’s current form of government, in 1976 voters chose to change the form of government from a three member Board of Supervisors (responsible for both legislative and administrative actions). The voters endorsed the recommendations of the Hanover Township, Lehigh County Government Study Commission, which recommended that a Council-Manager form of government be used pursuant to the Home Rule Charter. The substitution of the Council-Manager form was found to offer a stronger form of government, more clearly responsible and accountable to the people and more efficient in operation. The Study commission reported that by the township’s operating under its own administrative code “this improves the capability of the township government to respond to future developments in a flexible fashion as well as to handle present problems efficiently and in keeping with the desires of the citizens”. In contrast, the then existing second class code-based form was found to allow “very little latitude in which to innovate and meet the needs and desires of individual townships”. Since that time, the Township has been governed by a five person elected Council which is responsible for legislative actions. The appointed Manager is responsible for administrative actions.

In recent years, Township facilities have been expanded, to include among other things: a new Municipal Building replacing the original Municipal Building constructed in 1970, the construction of additional storage and garage facilities, and extensive work to create a passive recreation park (Canal Park) located off of Dauphin Street in Hanover Township.

Today, Hanover Township, Lehigh County, operates as a second class Township, Home Rule Government Community which provides fire, ambulance, and garbage/recycling services to its residents. Well over 200 years old, the Township looks forward to a bright and prosperous future for Township Government, benefiting its residents and businesses well into the 21st Century and beyond.